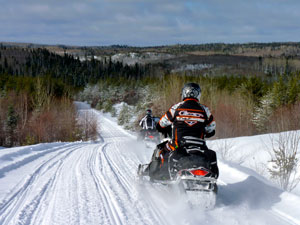 The Snowmobilers Association of Nova Scotia (S.A.N.S.) is an incorporated non-profit association mandated to provide leadership and support to our member snowmobile clubs so that they may enjoy quality recreational snowmobiling opportunities on a province-wide network of safe and well developed snowmobile trails. The SANS along with our 21 member clubs, representing approximately 2,400 snowmobiling families throughout Nova Scotia, are dedicated to the enhancement of organized snowmobiling through such means as; Trail Development, Safety, Public Education, and Advocacy. Our members are active, community minded, environmentally conscience nature enthusiasts who are committed to volunteerism.

SANS is a proud member of The Canadian Council of Snowmobile Organizations.

Over 85,000 full time jobs are generated by the snowmobile industry in North America. Those jobs are involved in manufacturing, dealerships and tourism related businesses.

The average age of a snowmobiler is 44 years old.

The average annual household income for snowmobilers is $73,000.

The average snowmobiler rides their snowmobile 1747km/1048 miles per year.

The average snowmobiler spends $4,000 each year on snowmobile-related recreation.

70% of snowmobile owners are married. Snowmobilers are family oriented. 94% of the time snowmobilers enjoy snowmobiling with family, friends and snThe average snowmobile family has 0.8 children living in the home with them.

Approximately 82% of all active snowmobilers are male; 18% female.

Snowmobilers on average spend 7.2 nights per snowmobile season in a motel/resort room while snowmobiling. They average 22 days snowmobiling per year.

Snowmobilers are caring neighbors, they raised over $3 million for charity during the 2007-2008 season.

Snowmobilers are active, year-round outdoor enthusiasts. 40% go camping (usually in an RV,) 56% have a boat and 22% are active golfers.

There are over 225,000 miles of groomed and marked snowmobile trails in North America that have been developed by volunteer clubs working with local government and private land owners.

There are over 3000 snowmobile clubs worldwide, involved in trail grooming and charity fund raising and family activities.

There are 40 registered non-profit associations representing snowmobilers in the U.S., Canada and Scandinavia.

Snowmobiling is great exercise that brings people outdoors to interact with nature and each other. It is an invigorating sport that is great for stress release and good mental health.

Snowmobiling is great great family activity. It is an activity that keeps parents and kids together. Historically individuals who snowmobile at a young age continue to snowmobile with their parents and continue in the sport throughout their lives, sharing great experiences as a family. In many winter regions, snowmobiling is simply the main form of winter outdoor recreation and in some cases the main method of transportation available.

The use of snowmobiles in National Parks is controlled, organized and regulated by Federal Law Enforcement.  The snowmobiling occurs on roads groomed and marked for snowmobilling, the same roadways used by recreational vehicles, cars, trucks and busses.  Snowmobiles are NOT used as off-road vehicles in National Parks such as Yellowstone, Rocky Mountain and Grand Teton.

The manufacturers have always been activerly involved in promoting safe riding behavior while snowmobiling.  Over one million brochures, decals and hundreds of thousands of posters and safety videos have been distributed free of charge to snowmobile enthusiasts throughout the world.  Safetry trainers, enforcement officers, Chambers of Commerce and more use safety materials provided by the manufacturers through the 'Safe Riders! You make snowmobiling safe' safety campaign. 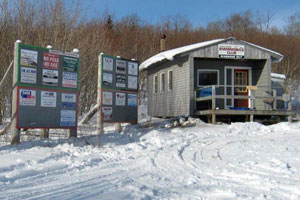 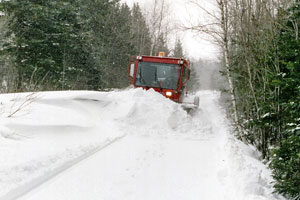 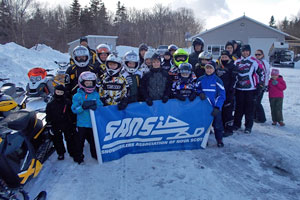 SANS is a proud member of the Canadian Council of Snowmobile Organizations.